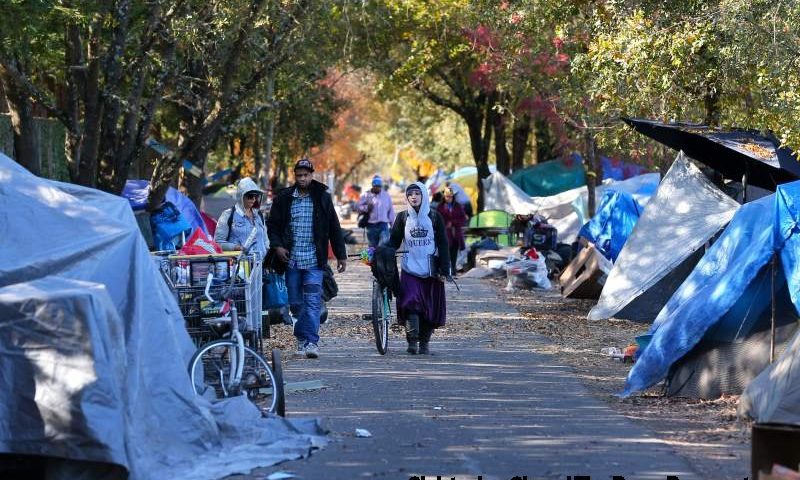 In December, the Sonoma County Board of Supervisors passed a $12 million emergency package to deal with the growing homeless encampment on the Joe Rodota Trail.  SCBC staff and members have spent hours in Supervisors meeting,  speaking out, circulating petitions, writing letters to the editor,  and otherwise making sure the need to restore access to this important car-free transportation corridor was heard.

This week, the folks camping on the trail have been notified that they must leave by January 31. An indoor/outdoor camp is being constructed on county-owned property on Highway 12, and several other properties are in various stages of acquisition.  (As soon as one property is identified, nearby residents and/or the Supervisor in whose district it is located start lobbying against it. Some have been dropped from consideration.)

Once everyone has been relocated, the trail will be closed while Sonoma County Regional Parks cleans it up. This is estimated to take four to six weeks. (If you have ridden the trail in the last few weeks, you understand that yes, it will take this long!)

We are planning to organize some kind of event to celebrate the re-opening of the trail – a Take Back the Trail ride or some such.

Then starts our next advocacy activity: pushing for a long-term plan to keep the trail open and prevent camps from re-forming on the Joe Rodota, or any other trail.