Over the past two weeks, three cyclists have been killed on Sonoma County Roads.

In response to these tragedies, the Press Democrat published an editorial calling for…compulsory helmet laws.  WTF?

The Press Democrat editorial board was correct when they stated that while total motor vehicle deaths are dropping in the US, cycling deaths are up. (“Requiring Bike Helmets for All Ages Will Save Lives,” November 8.) Where they went wrong is conflating that increase with the wearing of bike helmets.

Traffic fatalities involving pedestrians are also on the rise, but no one is suggesting that pedestrians should wear helmets or stay off the streets. Pedestrian and cyclist deaths are increasing for the same reasons:

Many more Europeans than Americans cycle, and they rarely wear helmets; yet their fatality rates are much lower than ours. Why? Because European bikeways are separated from cars. The problem isn’t that we don’t wear helmets, it’s that we’re forced to share space with much faster vehicles. Head injuries aren’t the cause of most cycling deaths, as your editors claim – being struck by a fast-moving vehicle is the cause.

In our Smart Cycling classes, the Sonoma County Bicycle Coalition teaches riders to be visible, be predictable, be vigilant, and follow the rules of the road. We recommend helmets and require them on our rides. But if we’re looking at legislation to increase cycling safety, a bill requiring helmets is low on the priority list.

SB 127, Complete Streets for Active Living, would have saved lives by requiring Caltrans to account for the needs of ALL users in the design of state roadways – like Highway 12, where David Davison was recently killed. (SB 127 was passed by the legislature but unfortunately vetoed by Governor Newsom after heavy lobbying by Caltrans.) Last year’s AB 2363 would have done away with the 85th percentile rule, which prevents our cities and counties from lowering speed limits on dangerous roads. (That bill was amended to be essentially toothless, again after heavy lobbying by Caltrans and AAA.) Locally, we can use the opportunity created by the renewal of Measure M to increase the amount of money we spend building safer bikeways.

Would David Davison, Genaro Viramontes, or Valerio Estrada still be alive if they were wearing helmets last week? Maybe, maybe not. Would they still be alive if, instead of Lakeville Highway or Highway 12 or Todd Road, they had been able to travel on a Class 1 separated bikeway? Almost certainly.

Editors, if you truly care about the safety of cyclists, support legislation that will REALLY make a difference in the safety of all who our use our roads, rather than a “feel good” measure that borders on blaming the victim. 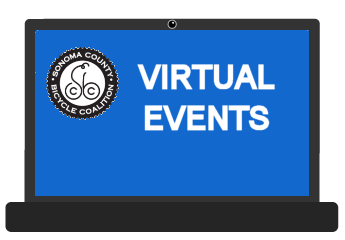