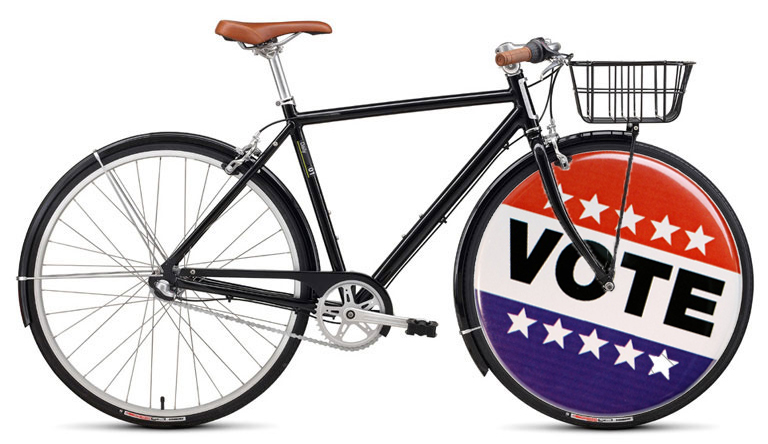 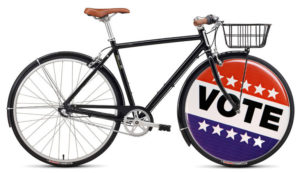 Sonoma County Bicycle Coalition leadership has decided to neither support nor oppose Measure I, which would extend Sonoma-Marin Area Rail Transit’s (SMART) 1/4-cent sales tax 30 years from its current expiration in 2029. We are supportive of the public transit in general and the SMART rail and multiuse pathway specifically, and many of us are regular train riders; yet we remain disappointed by the agency’s refusal to address many of our concerns regarding the completion of the pathway.

There is no consensus among the cycling community regarding Measure I; there are passionate advocates of both positions as well as many who remain ambivalent or undecided. Our discussions and arguments about the proposed tax extension mirror those heard in the greater community. Hence our decision to remain neutral.

Our colleagues in Marin County have also decided to remain neutral.  (You can read their editorial here.)

In October, the Sonoma and Marin Bicycle Coalitions asked the SMART Board to include three specific items in the measure, which could have allowed us to support it. They voted against two of them: neither the text of Measure I nor the appended Expenditure Plan include a timeline or guaranteed funding for the bicycle and pedestrian pathway; and language included in the 2008 plan that required SMART to prioritize any unanticipated revenue windfalls for construction of the pathway has been removed. (They did approve our request for language stating that construction of rail north of Santa Rosa should include simultaneous buildout of the pathway.)

SMART staff state that early renewal of the tax (which doesn’t expire until 2029) will enable them to reduce debt payments and expand their reserves; they claim that if the measure doesn’t pass in 2020, they may have to cut existing service.  SMART Board Chair and San Rafael Mayor Gary Phillips told us, “If the measure passes, you might get something; if it fails, you won’t get anything.”

It is clear from the wording of Measure I as well as SMART’s actions to date that completing the pathway is their lowest priority. Operation and maintenance of the existing rail service, servicing debt, and safety programs are their highest priority. The Spending Plan is clear that there is NO GUARANTEED FUNDING in Measure I for ANY capital spending projects, including buildout to Healdsburg and Cloverdale.  (They are accumulating reserves to cover operations when and if buildout to Cloverdale occurs.) SMART will be applying for grants, federal and state dollars for ANY new construction, including the pathway. State and federal funding for bicycle projects is highly competitive, with highest priority given to disadvantaged communities; Sonoma and Marin do not compete well in these funding programs.

Respondents to a poll of SCBC and MCBC members indicated that about 83% voted FOR Measure Q in 2008, largely because of the pathway. Now, only 50% support the measure, 25% oppose it, and 25% are undecided.  From the comments, it seems that many of those opposed feel very strongly, while many of the supporters are ambivalent. Most of us are supporters of public transit and many of us use the train – ten percent of SMART riders bring a bike on board.  We don’t want to see service cut. But we have been unhappy that build out of the pathway lags so far behind that of the railway, with no strategic plan, identified funding source, or timeline for completion. We have also been frustrated with SMART’s lack of transparency when asked for data about funding sources and other pathway issues.

The original Measure Q passed in large part due to the support of the cycling community. It is unfortunate that SMART no longer considers our support and interests important enough to take the actions that would have allowed us to support Measure I.