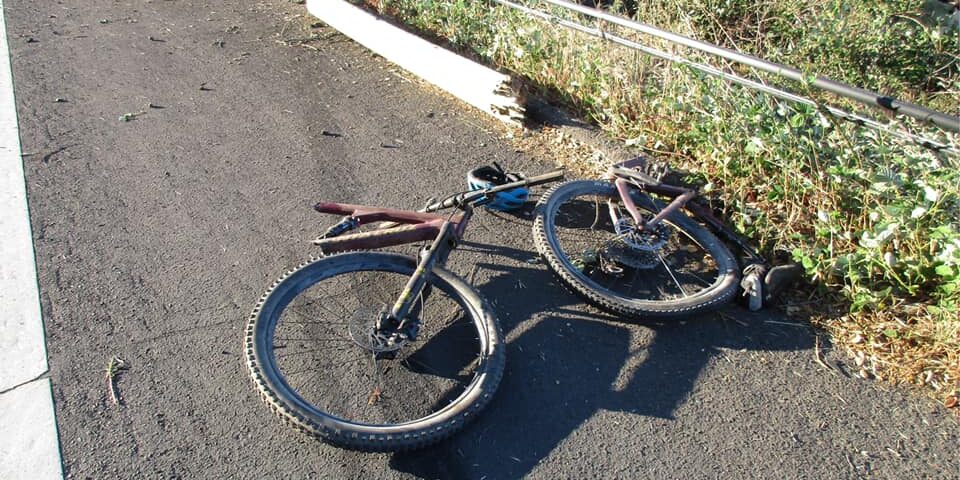 Last night, as I worked on ghost bike memorials for our upcoming Ride of Silence, I shared with my wife the fact that while Sonoma County has an average of three or four bicycle fatalities per year, 2021 so far has been free of major injury collisions or fatalities.

I spoke too soon.

Around 6 pm, two cyclists were severely injured by Ulises Valdez in a horrific incident of vehicular violence. Under the influence of alcohol, Valdez lost control of his truck on a curve and collided with both cyclists as well as a tree and a utility pole; photos of the damage to his vehicle indicate that he was traveling at a high rate of speed.

Both male cyclists, one twelve years old and the other in his fifties, were transported to Santa Rosa Memorial Hospital. Their identities and medical conditions have not yet been released by the CHP.

This took place on High School Road…a road traveled by young people and others on their way to or from Analy High School and other Sebastopol destinations.

When will it stop?

When will we as a society collectively decide that the good of the whole community – indeed LIFE itself – is more important than individual rights to do whatever the hell we want (drive too fast, drink too much, party indoors during a pandemic)? When will we decide that the right to drive is dependent upon doing so safely, and deny that right to those who abuse the privilege? When will we decide that engineering our built environment to protect our most vulnerable users – pedestrians and cyclists – is more important than enabling drivers to get places as fast as possible?

My heart is so heavy with grief for the victims and their families. And so I will get back on my bike, and my soapbox, and continue to work toward a world where we can travel under the power of our own bodies without fear of vehicular violence.